BaseKamp team is an ensemble of the industry experts, educationists, school leaders, finance and marketing professionals from eminent institutions across the country 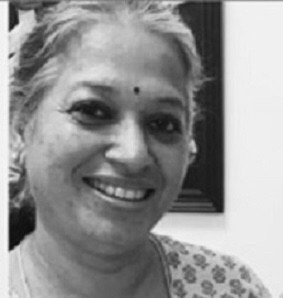 Ms Narasimhan is a senior educational professional with ... 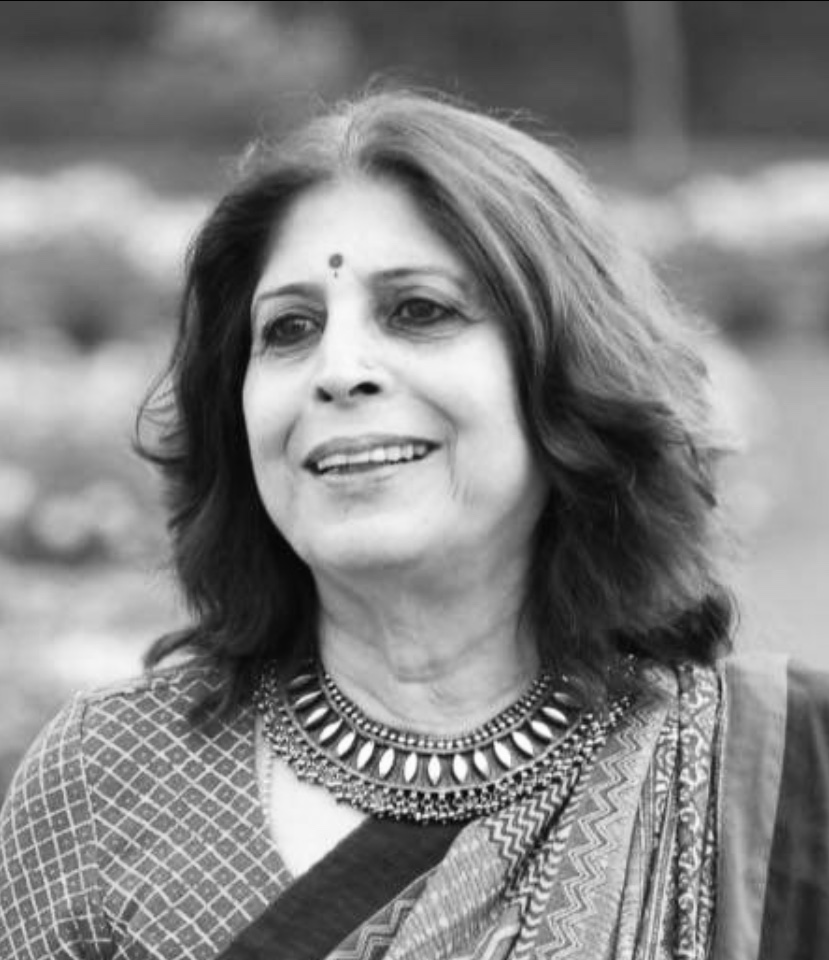 Kiran has spent over 4 decades in the field of education... 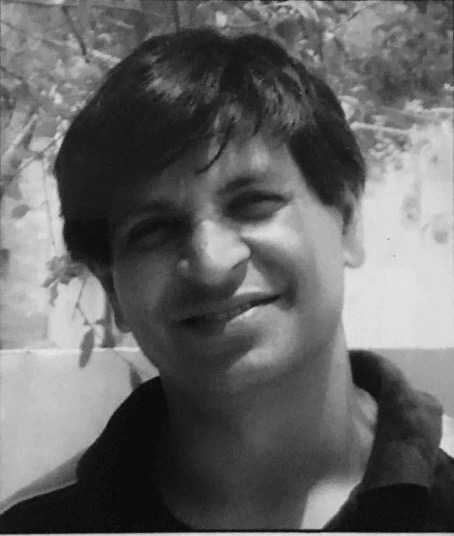 Rajesh, a dynamic professional with 18 years ...

Rohit has a bachelor's degree in computer science and ... 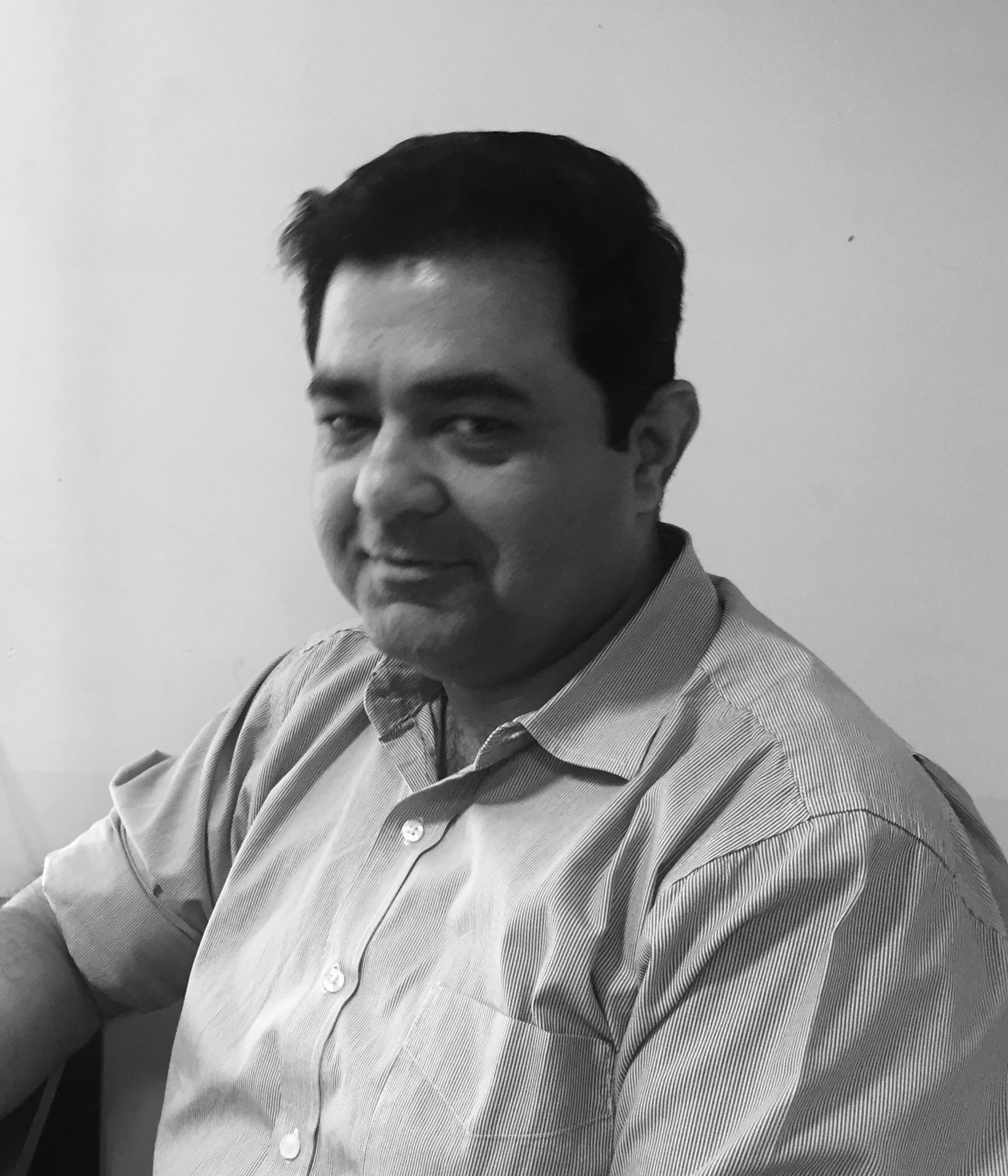 Pawas has 20 years of experience primarily in the education ... 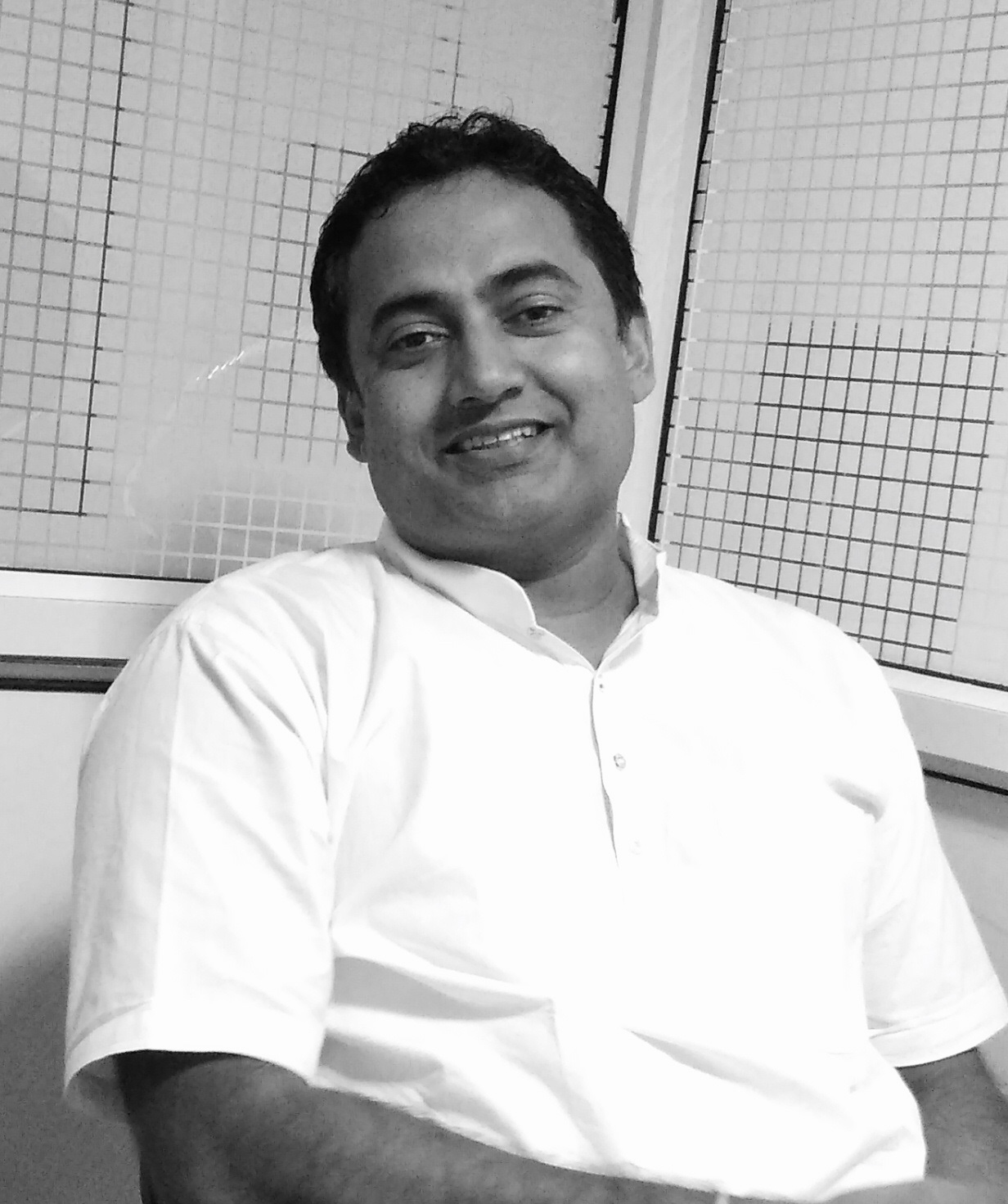 Rahul has over 18 years of Business & Operations... 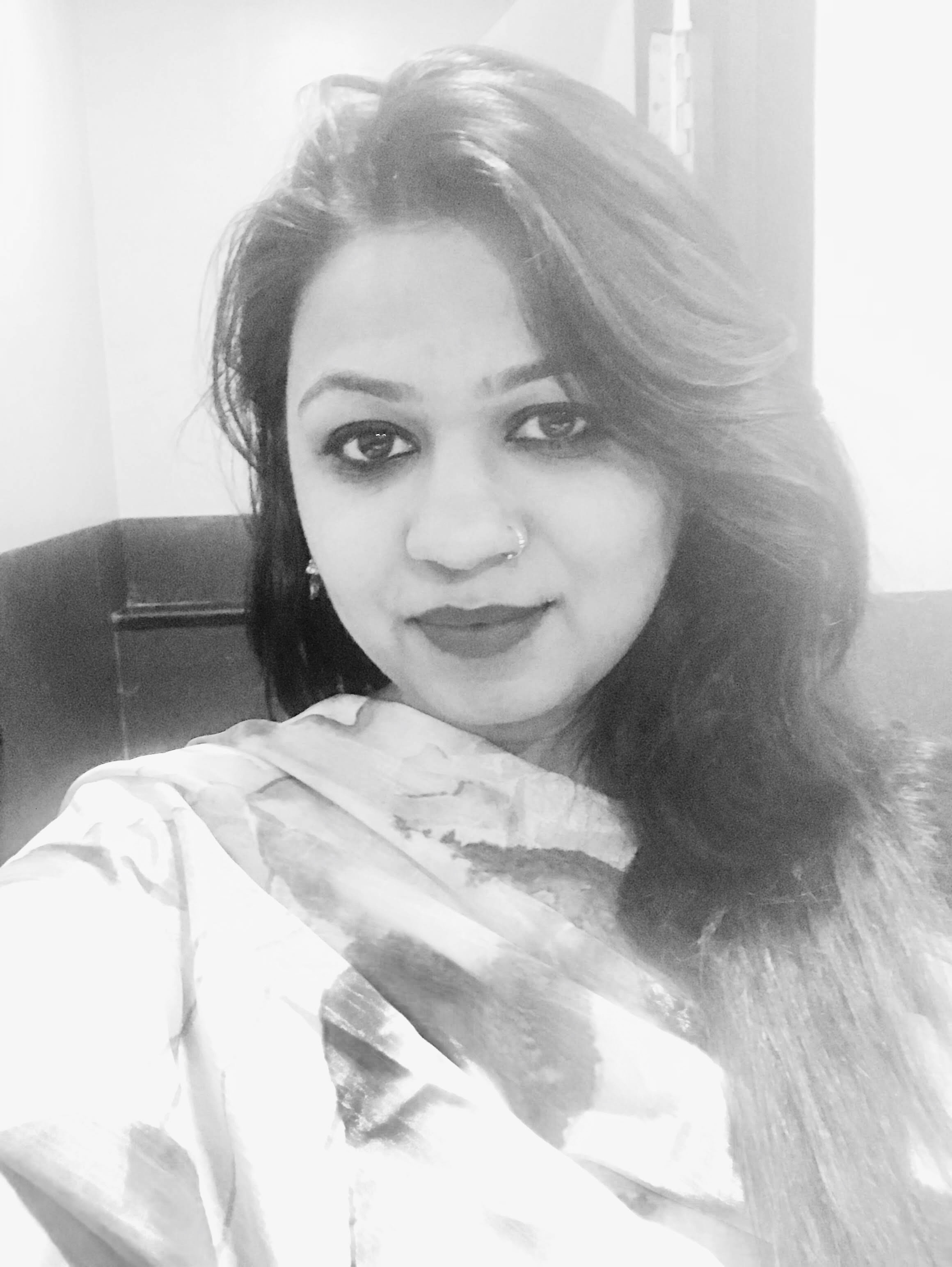 Khushboo has been an early years facilitator...

Pawas has 20 years of experience primarily in the education and training technology sales and product management. Pawas has worked in companies like Wipro and NIIT and Educomp. At NIIT Pawas was instrumental in leading and the design and subsequent sales of NIIT's homegrown Learning Management System to institutes of higher education in Singapore. He also has experience working in a start-up environment in the e-learning space. At Educomp, Pawas led sales flagship Smartclass product in the North and East regions of the country, making it one of the most profitable regions and in the latter years was instrumental in creating a new product line. In his last assignment, Pawas was leading Universal Learn Today a school advisory and consulting business of the Indian Today Group. Pawas graduated as an electronics and communication engineer from REC (now NIT) Kozhikode and has a diploma in management from IIM Ahmedabad.

Rahul has over 18 years of Business & Operations experience in the Education domain. He is committed to bringing positive change to the Education Ecosystem merging improved learning with financial viability for all stakeholders. Rahul has been responsible for setting up K - 12 schools as well as vocational learning centres for premier education institutions like Aptech, EuroKids, iDiscoveri & Sesame Street. He has built a sustainable franchisee network and robust channel management.

Rahul was spearheading business advocacy at Universal Learn Today (India Today Group) and was providing school setup and improvement advisory across multiple states in the country. He brings entrepreneurial zeal & hands-on experience of building and raising projects successfully from scratch. Rahul is a post-graduate in Business Management and certified in Business Environment & Strategic Management from IIT Delhi.

Ms Narasimhan is a senior educational professional with over 34 years of experience in the field of Education. Having trained as an IB professional in the Middle Year Programme (International Baccalaureate) for International schools, she has varied experience working in India and abroad teaching Economics, social studies and English. She has worked as an Education Development Specialist with leading organisations like Career launcher, S. Chand Harcourt and Universal Learn Today (an India Today Initiative). During her career, she has created and conducted several training programmes for teachers, support staff, principal on curriculum development, professional training and school management. She has also conducted Audit (Monitoring & Evaluation) in various schools in India and abroad.

Kamini has developed books (a sequel of 18 books) for children of the age group 9 to 13 years of age Verbal, Logical and Quantitative Reasoning. These books are fun-based complete with puzzles, games and riddles that aid students in developing skills verbally and logically. Kamini is leading academic practices at BaseKamp as a senior consultant.

Rohit has a bachelor's degree in computer science and over 15 years of rich and varied experience in sales and operations. Working with the promoters directly, Rohit setup and expanded Career Launchers operations in Bangalore. He then joined Educomp to setup and manage Educomp fledgling sales team in south India - a team which under his stewardship grew close to 200 people and was responsible for more than half the Educomp smart class business touching over 20000 schools delivering exponential growth totalling an order book value of over USD 600 Million. Rohit in later years in his stint at Educomp was instrumental in reorganising the Smart class operations by conceptualising & operating the Customer Connect Initiative of Smartclass business, a captive BPO managing Customer Lifecycle, renewals, Revenue assurance, Lead generation, Cross Sell & Upsell as well as CSAT for the entire Smart Class business.

Kiran has spent over 4 decades in the field of education. She began her career teaching English and History to Classes X, XI & XII at The Air Force Central School (now TAFS) and subsequently at Convent of Jesus and Mary School, New Delhi. During her years with these schools, she also conceptualized and launched their school magazines, and was actively involved in theatre. In 1980 she founded one of Delhi’s most prestigious preschools “Kinder Kin” which she ran for almost 3 decades. Post that, she took on the role of Principal at the idiscoveri XSEED Preschool, MADE EASY PRESCHOOL and Director at Chapters Learning Centre to name a few. She was Head-Academic Delivery at Sesame where she was responsible for curriculum designing, daily operations and teachers training. She essayed a similar role as Academic Director for Kingdom of Kids (a Shriram venture).

Kiran finished her schooling in London and then graduated from Lady Sri Ram college, Delhi and is a Masters in English. She went on to attain her B.Ed from North Eastern Hill University, Shillong. The international professional development workshops she attended and interaction with overseas Early Childhood Education professionals enabled her to bring unique teaching pedagogies to India. Her work on the prestigious Duke of Edinburgh Award Scheme and combining teaching techniques of Play way and Froebel with Montessori are praiseworthy.

Kiran is an authority on the curriculum and transaction for the Early Childhood Education and is widely consulted for guidance and mentoring in the foundation programs. She has also written, directed, produced and staged short plays for pre-schoolers.

Rajesh, a dynamic professional with 18 years of rich experience in School management, Setup and compliances, General administration management, Procurement Management, Vendor Development, HR, Marketing B2B and B2C and Franchise Management. Post graduated from Himachal University in Political Science. Rajesh has worked with, The Learn Today, DPS, Sesame Street, iDiscoveri and Polaris Software. He is leading the Non-academic operations at BaseKamp as a consultant.

Rajesh has worked with, The Learn Today, DPS, Sesame Street, iDiscoveri and Polaris Software. He is leading the Non-academic operations at BaseKamp as a consultant.

Khushboo has been an early years facilitator, led classroom teaching in various early years modules. Having a diverse experience of pedagogical approaches such Montessori, Highscope, Activity based learning she brings with her knowledge of setting up preschools, creating early years classroom design, allocating teaching aids and imparting teacher training.

She has worked for brands like Mother’s Pride, Klay and Footprints amongst many others in the curriculum department. A graduate in Political Science Hons. from Jesus and Mary College, DU Khushboo is a trained B.Ed and NTT professional who has a Masters’ in English Literature.